Inside is a cinematic platformer with many game mechanics similar to the developer's previous game Limbo. The player controls a young boy and it starts with no context as he climbs down a rock at night in a dark forest. There are no conversations or explanations in the game, but the events reveal it is set in a dystopian universe where sinister experiments are performed on humans or human-like creatures. As in Limbo the boy needs to solve environment based puzzles, hide from people and animals, escape in chase sequences and complete sections with platform mechanics. The boy moves in a hostile environment and cannot be spotted, but it is not explained if he escaped or deliberately seeks out the mystery.

There is no HUD and controls are limited to movement, jumping, and grabbing objects to operate them or to move them around. Progress often involves trial and error to test different options as every challenge usually requires a new approach. He dies often and at times in gruesome ways. The boy can operate elevators, climb or swing from chains and ropes, swim underwater, operate a tiny submarine and so on. There is also a mechanic involving mind control to control other characters. Later on in the game a small group of characters can be gathered and they follow him around automatically. They can help him lift doors or push objects, or throw him in the air. There are no hints, so the player always needs to figure out what to do and where to go.

Similar to Limbo the game has a dark environment, but here with sparse use of colour. Checkpoints are activated automatically and chapters can be revisited at any moment using a menu. Optionally certain hidden objects can be located and disabled, along with an alternate ending to discover. There is a lot of suspense and tense moments in the game, but also scenes that focus entirely on solving a puzzle with no pressure. 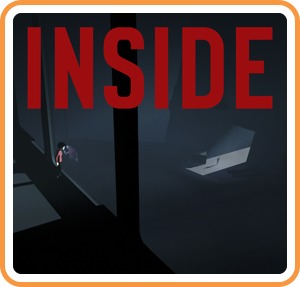