Wonder Project J2 is a Japanese exclusive Nintendo 64 game released in 1996 as a sequel to the 1994 Super Famicon game Wonder Project J. The game takes place 15 years after the events of the first game and focuses on the protagonist Josette - a female robot built by Doctor Geppetto who built the main character of the previous game as well. The game plays as a raising simulator, with the player guiding Josette through the text driven game through yes or no questions in a branching but limited story line. Choices made in the early game effect the outcome of the second half as Josette and by proxy the player come into conflict with the Silliconian Army. 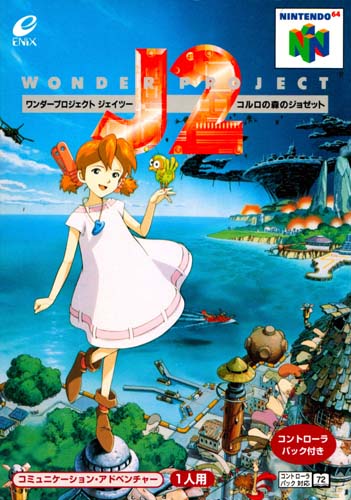