After being humiliated yet again by Crash Bandicoot at the end of Twinsanity, Dr. Neo Cortex returns to his evil scheming in his dilapidated Iceberg Lair. He hatches a sinister plan to challenge Crash to a seemingly friendly race competition...with plans of crushing the hapless bandicoot under the ruins of the hazardous racetrack!

The sequel to Crash Bandicoot's action racing game, featuring a new Tag Team gameplay system. In Crash Tag Team Racing, players can combine their car with an opponents in mid-race to make a super-car equipped with a powerful turret gun. When clashed, players can either get behind the wheel and drive or fire an onboard weapon. Each character has his or her own uniquely deadly 360˚ rotating turret. Players can continue the action out of the car where they can explore the entire world on foot and collect upgrades for their cars and unlock bonus tracks. 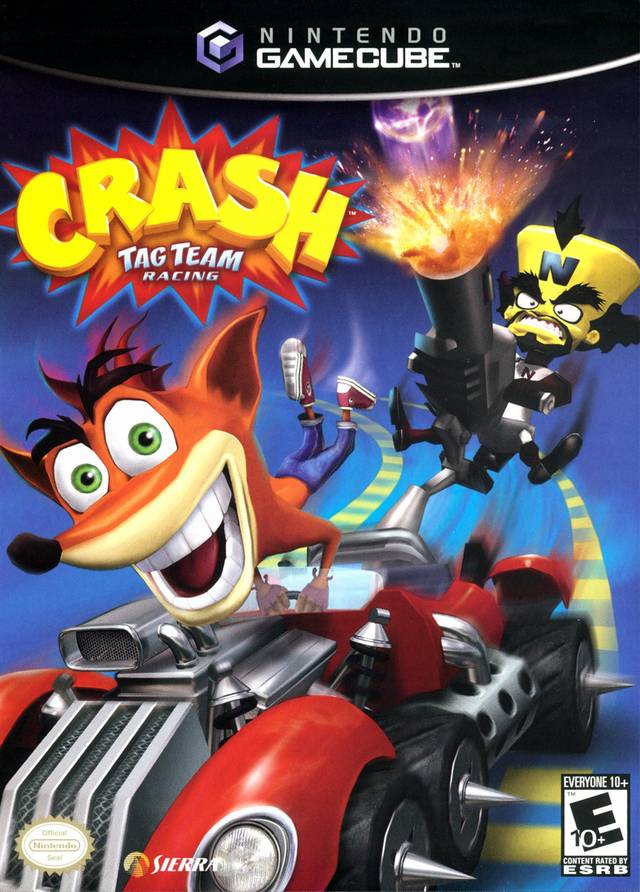