Zoids: Full Metal Crash is a 3D fighting game for the Nintendo Gamecube that was developed by Tomy Corporation and exclusively released in Japan during 2005. The game is pretty standard as far as fighting games go, with each Zoid having its own move set depending on certain buttons, as well as special moves that can be used throughout battle.

The game features two main modes; a story mode, which has different outcomes depending on your answers, and Zi Fighters mode, which has randomized opponents. It has a degree of customization for all Zoids, including switching weapons that are never customized in other medias (such as having Jager boosters on a Command Wolf AC, or giving a Liger Zero just the Schneider blades). Unfortunately, there are very few Zoids in the game to be had, with half of them only being variations of the less than 15 available from the game. 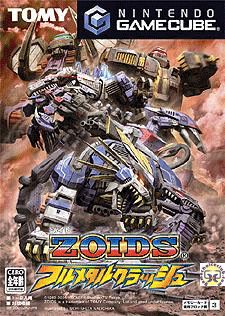