In The Best of Our Century, we've taken multimedia to dizzying new heights and you control the ride! Relive the most earthshaking events of the 20th century. Touch down on the moon with the Apollo astronauts. Relive Woodstock. Attend President Kennedy's inauguration. Take a front row seat for the incredible 1916 World Series. This multimedia reference work uses one of the world's largest archives of historical video to produce a visual encyclopedia of the century, with audio, photos, and text. The 20th Century Video Almanac provides a broad look at the events that shaped our world. 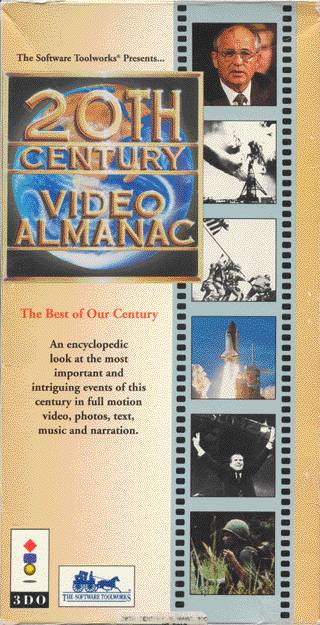