Touhaiden Akagi (闘牌伝アカギ) is a mahjong game released exclusively in Japan in 1996 for consoles 3DO and PlayStation, was developed and published by the company Micronet. The game is based on a Japanese film of the same name launched in 1995 directly to video. The film itself is an adaptation of the manga Akagi , written by Nobuyuki Fukumoto . In 2006 it was released for Game Boy Advance video game based directly on the sleeve with the title Touhai Densetsu Akagi: Yami ni Tensai Maiorita . 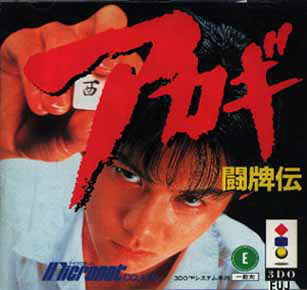