The future of Riccar is in the hands of Prince Theo and his friends. The Sword of Hope II is a role-playing game that was originally released in 1996 for the hand-held Game Boy system.

Take on the role of young Prince Theo of Riccar and embark on a mission to find the truth behind a mystery that is threatening the kingdom. The key to solving the numerous puzzles and gimmicks is the use of commands like "look," "open" and "hit." You'll encounter many places and items during the adventure, plus some friends waiting to lend a hand along the way. 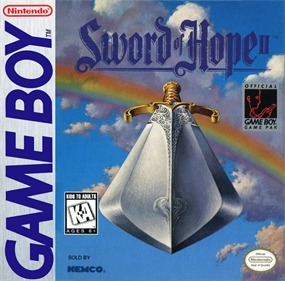