Batman Vengeance, developed by Ubi Soft Montreal, is a 3D action-adventure based on the animated television series. The game pits players as the Dark Knight himself on a quest to stop a mysterious crime wave in Gotham City. Batman has full freedom of movement to go anywhere within wide-open, sprawling 3D environments -- some that stretch up and up and up. The caped crusader can walk, run, sneak against walls, climb, glide through the air with his cape and engage in hand-to-hand combat. The game features 19 stages, 40 minutes of rendered cinematics, and plenty of Bat gadgets, like batarangs, batgrapples, flash bombs, remote charges, batcuffs, nets, the batlauncher, batscope and more. 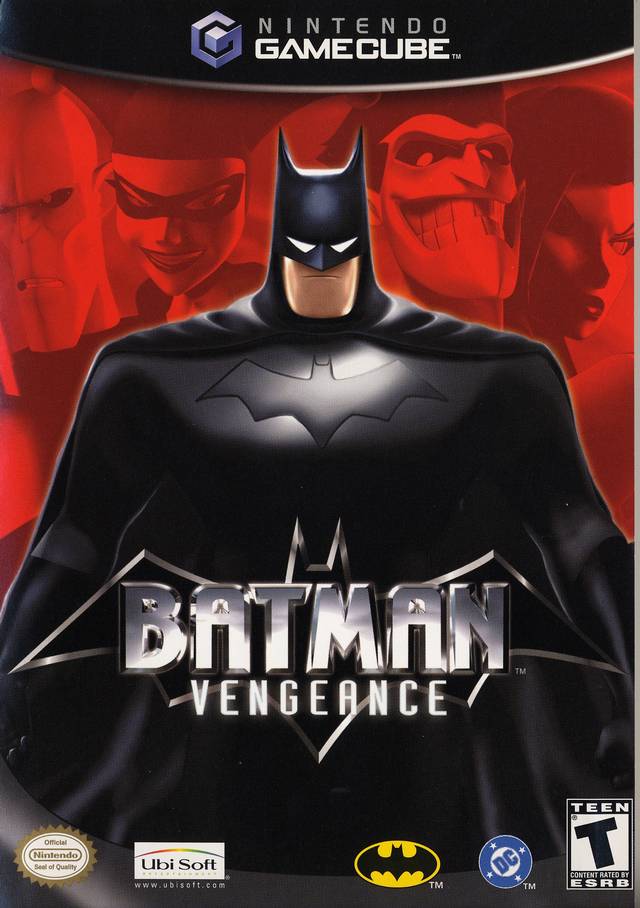