Based on the highly-anticipated feature film from DreamWorks Animation, Over the Hedge for the Nintendo DS and Game Boy® Advance are two unique games that takes players on an interactive adventure beyond the film. Assuming the roles of RJ the raccoon, Verne the turtle and Hammy the squirrel, players turn a suburban neighborhood loaded with dangerous obstacles and traps into their own personal playground. Over the Hedge for the Nintendo DS picks up after the movie ends and adds an all-new storyline in which the characters must figure out how to save their woodland home from being overtaken by a new housing development. Over the Hedge for Game Boy Advance closely follows the storyline of the movie and allows players to experience the adventures for themselves. 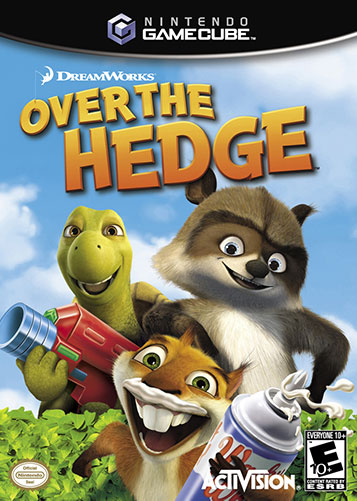