Third battle game based on the Shonen Jump manga and "One Piece" anime show. Starring the majority of the cast from the television series, One Piece Grand Battle! 3 is a fast-paced action game in the vein of Power Stone. The game features a much wider variety of surfaces than its PS One predecessors, including sand, water, and snow. The developers also created a new combo system that enables each character to pull off weak, medium, and high power combos that vary in speed and effectiveness depending on when they are used in battle. Featuring around 50 characters, plenty of special attacks, and 100 different battle events, Grand Battle lets players go it alone or team up with a friend. 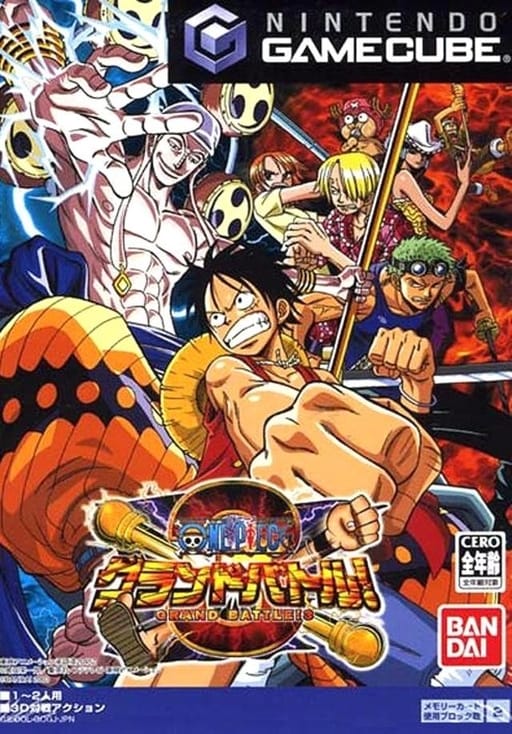