Kanji Sonomama Rakubiki Jiten DSn is, as can be guessed from the game's name, an educational kanji dictionary. It provides definitions for Japanese and English words in Japanese, using an intuitive hand-written interface for word look-up. There is a flashcard mode where a user can practice their kanji, and it also interfaces with Pictochat for use of the dictionary during conversations.

As a bonus, there are also several recreations of Nintendo's Game & Watch games present, which can be found and played by entering their names into the dictionary. Included are Ball (ボール), Flagman (フラッグマン), Judge (ジャッジ), and Manhole (マンホール). 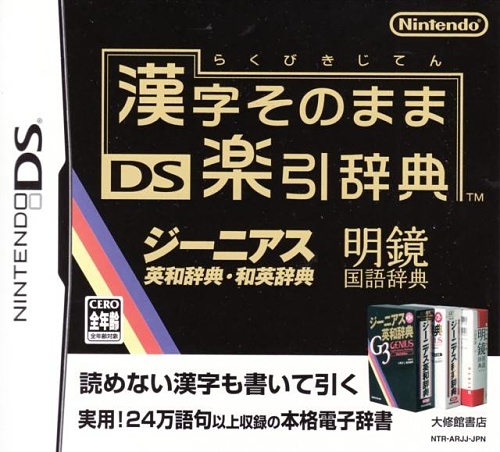