DonPachi is a 1995 vertical manic shoot-'em-up originally in arcades and was the first game from the developer Cave. Settings are mainly woodland and enemies are military vehicles and robots, culminating in the final boss, a huge robotic bee. One of three weapon configurations is chosen at start and then levelled up through dropped power-ups. DonPachi was ported to the Sega Saturn and Sony Playstation in 1996. 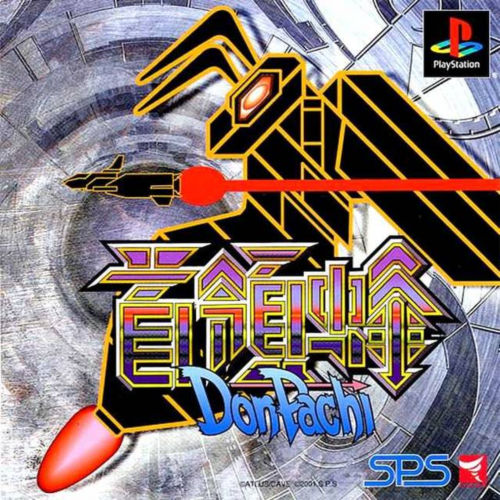