It's an imaginary world that's real. It exists in another dimension here cartoon characters, called Doodles, are alive. It's Cool World.

For cartoonist Jack Deebs, who's been carried across the boundary, it's a wild and amazing place; and he's discovered that only some of the Doodle are friendly. Take Holli Would. She's a knockout Doodle who's really interested in Jack. She's interested in using him to get herself a real body and transfer into this world. She just needs to get her hands on one special piece of magic. 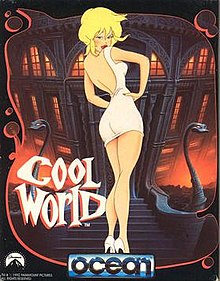