Organized and sponsored by a mysterious fighter nicknamed as "Miss X", the first Queen of Fighters Tournament is officially open, but this competition differs of the others for allowing ONLY women as participants. Meanwhile, after have passed for several and tough fights (including a final showdown with Miss X), the winner will be rewarded with a mystical artifact known as the "K Talisman", that has the capacity to grant any wish. With this rare-unique possibility of accomplish their pessoal dreams and ambitions, 8 powerful femme fatale fighters were invited to face the biggest combat of their lives...

Behind this simple storyline, the title brings a cast of 8 all-female characters taken from SNK's fighting series The King of Fighters (Mai Shiranui, Yuri Sakazaki, Athena Asamiya, Leona Heidern, Shermie), The Last Blade (Akari Ichijyou) and Samurai Shodown (Shiki, Nakoruru); all with the same blows (parodied or not) of their origin games.

The gameplay is identical to KOF's Advanced Mode (e.g. Emergency Evasion and Run commands), but without SDMs. To increase the replay factor, a power-up mode was included: depending on your combat performance, you'll be favored with several random items (e.g. Start with full MAX gauge, Speed Up etc.) that can be used to improve your character for a while. 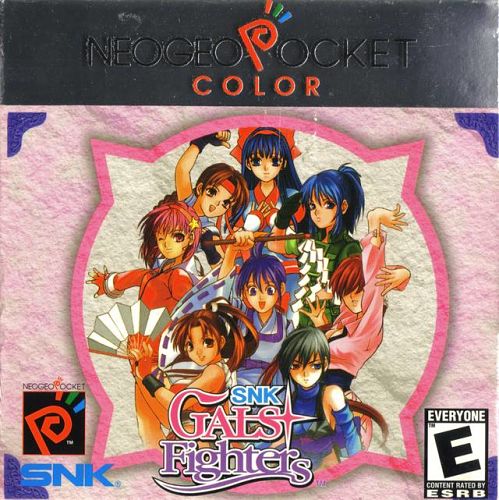