SpongeBob and his pet snail, Gary were playing fetch one morning, when Gary found an old bottle in SpongeBob´s yard. SpongeBob decided to open the mysterious bottle, and in doing so he let loose the ghost of the Flying Dutchman. The Dutchman was not very happy about this, and accused SpongeBob of disturbing his treasure. If SpongeBob doesn´t find the Dutchman´s treasure, Gary will have to go to sea on the Dutchman´s ship!

You control SpongeBob in this action-adventure game. You collect items, treasure, new outfits, and more in this game. You will travel to places like the Krusty Krab and beautiful downtown Bikini Bottom. Your friends like Patrick, Squidward, and Sandy will help you find the Dutchman´s treasure. 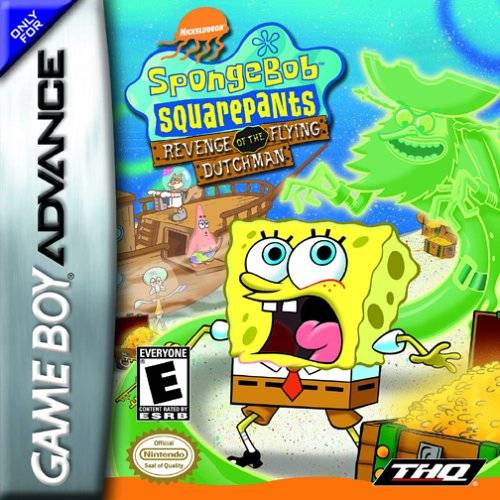