Second Extinction is a fast-paced co-op shooter elevated by playing with your friends, although we’d love to see some solo mission runs on Mixer for the truly hardcore.

As the dinosaurs took over our planet, some people made their escape to an orbital station set up by a group called the ERA. Humanity has licked its wounds and now returns to find out more about this unbelievable enemy. This is where The Extinction War begins. Players pick from a roster of four survivors from around the world, a group that will continue to grow after launch.

You join up with friends, pick a mission, load-out, and then hurtle your way planetside for your adventure to begin. Once your mission goals have been completed, you’ll have to navigate a dangerous extraction in order for you and your teammates to make it out alive. Safely back home, you get to use your rewards to purchase new weapons, upgrade them, and get ready to leap back in!

We love dinosaurs but wanted our own take on them for Second Extinction. We had to keep a balance so they were recognizably dinosaurs, and not the cute kind. These freaks of nature each have unique traits that require different approaches in combat. How they even exist, the root of the mutations, and their seeming intelligence will be a mystery for players to discover over the coming campaigns.

We set out to make a game that could deliver on the spectacle you would expect from our heritage. We wanted a beautiful natural world, a ton of crazy looking enemies on screen, huge explosions, and as much blood as Nadia, our VFX artist, could pump out. It isn’t subtle, nor did we want it to be. Part of the joy of playing this game comes from that intensity of the action as bombs burst and limbs fly.

With Systemic Reaction being a part of the Avalanche Studios Group, we have the huge benefit of building the game using the APEX Engine. This may lead many to believe our game will feature a massive open world. Instead, I’d like you to think of Second Extinction’s world as more of a Big Map. As we were working with melee vs. ranged (aka claws vs bullets), we found blending the systemic features of an open world with more traditional level design elements made the combat more interesting and strategic.

Evolution was another big touchstone for us. We want the game to be a truly live product and that meant building a dynamic element into the core experience. This resulted in a unique feature called The War Effort, which we will delve into at a later time.

We’re a new team of developers from around the world and we all came together to make Second Extinction our first game. It’s been a wild ride so far, getting to know each other as we explored what the game could be. Launch for us is just the beginning, and once we go live we’ll be enriching the feature set as well as dropping regular new content and mixing the game up through each campaign. Collaborating with the community is also part of this exciting journey for us. We’ll make sure to surprise you as we expand upon this world and explore where it can take us together.

See you on the battlefield to kill ‘em all – once and for all! 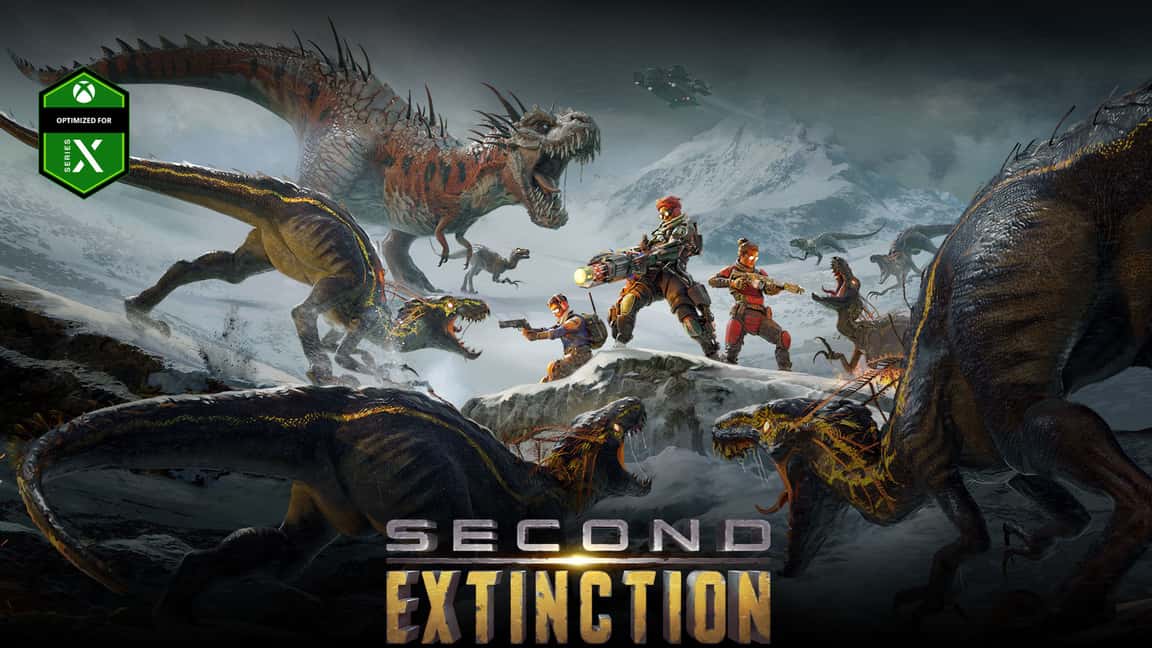 This game also exists on:
Xbox One PC