RoadKill is set in an alternate history inspired by classic post-apocalyptic road films like the Mad Max series and Death Race 2000.

In the 1980s a deadly plague known as "The Rot" was released and killed off most of the world's population and brought nearly all the world governments to their knees. In the midst of all the chaos a man named Mason Strong who before the plague has a long employment history such as a taxicab driver, used car salesman, bouncer, demolition derby driver, and even a short-lived tour in the army. Today Mason finds himself on Earth which has gone haywire. Which no longer has anymore law and order, where gangs engage in open warfare throughout communities every day and every night. Mason must work his way up the ranks of the gangs, surviving as best as he can in a new planet without any laws, politics, or justice. 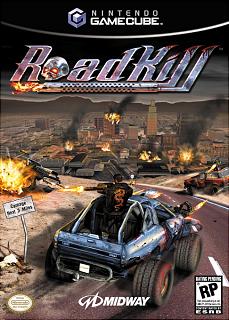