Yamato is a shooter where you sit behind the front of a ship and its guns at the bottom of the screen while the enemy ships and planes are ahead in the distance.

The aim is to keep destroying the enemy's ships and planes until it is game over but the more you destroy then the higher the round you play on.

You take control of two cross-hairs, one for firing bullets and the other for missiles and they both move together when you move them left or right which also moves your ship. When you move them up or down, then they move at different speeds and the bullets are for shooting down the planes and the missiles for the boats which has a short delay between firing. As the boats move across the screen from left to right they will fire missiles and torpedoes at you and these can be shot or avoided and if you are hit by one then you lose one of three lives.

Two players can play and each player takes it in turns to play when the other player has been killed. 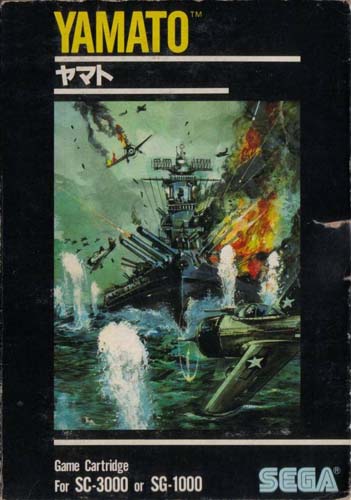