Command Mission takes place in the 23rd century, when a metallic substance called "Force Metal" is discovered that revolutionizes engineering for "Reploids", humanoid androids with human-level intelligence. When an assault on a Force Metal mining island occurs, a "Maverick Hunter" team led by Mega Man X is sent out in response. Command Mission differs from previous entries in the series in that it is a turn-based role-playing game (RPG) rather than an action-platform game. Force Metal can be equipped to each playable character to gain special abilities. 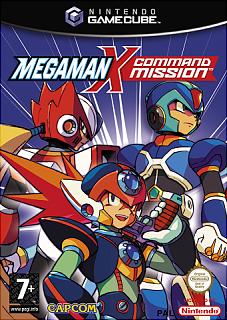