In the future, a young scientist named Battering creates the "Salvasion System", a dimensional mobile device which allows for travel between parallel worlds. However, this device is stolen by the Demon King Dokucyber and his Jaleizer Empire to enact "Operation Dark Inferno", which sees Dokucyber, the Jaleizer Empire and all of the Tatsunoko villains from various worlds uniting to conquer the multiverse. To stop this, Battering created a combat strengthening suit to become Volter the Lightning and threw himself into the parallel worlds to unite with the Tatsunoko heroes and defeat Dokucyber and the Jaleizer Empire.

Tatsunoko Fight is a two-dimensional, one-on-one fighting game where players must defeat their opponent in two of three rounds in order to advance. The game relies on using both normal and special attacks in order to damage the opponent, with a round ending once all of a character's remaining vitality has been lost. A special gauge at the bottom of the screen steadily fills when a character deals or receives damage, reaching a maximum of three levels. Player's can then expend one level at a time to unleash a more powerful super attack on their opponent to deal more damage. The game uses a combo system where light and heavy attacks can be chained together to launch a succession of attacks that cannot be interrupted or stopped until the sequence ends. In addition to normal versus mode, players may choose a round-robin-style team battle mode involving multiple characters, as well as a single-player story mode that resembles an arcade fighting game 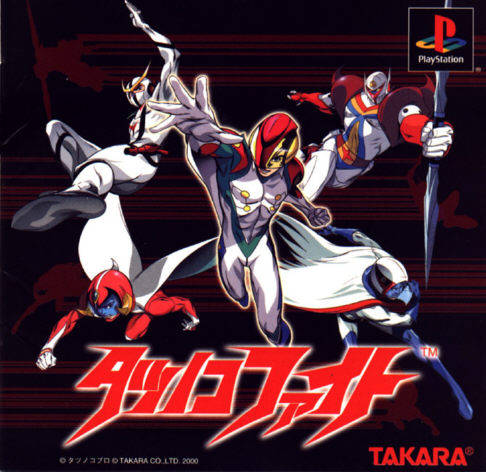