New characters and scenarios have appeared.

The third series of the hamster training game "Hamster Monogatari", which was previously released on PlayStation and Nintendo 64, is a simulation game where the main character Sorako and his classmates train a hamster, but a moving scenario gives life to training. Compete for who can raise the most excellent hamsters while conducting races and dance contests on the "Shotocho" stage.

Items in the birdhouse can be swapped and redesigned, allowing you to create a variety of hamster rooms. Event animations have also been added and as a new feature, it is now possible to play and join friends using a communication cable that takes advantage of the GBA features. 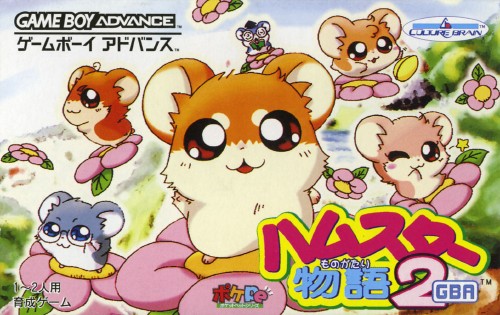