Pile on the destruction from behind the wheel or on-foot in the global phenomenon that is Destruction AllStars.

Master the art of intense vehicle-based combat through timing, tactics and skills to cause colossal amounts of damage, destruction and devastation in vibrant arenas across the globe.

Pile-on the destruction from behind the wheel or leap into the arena with a breathtaking reel of parkour action by dodging attacks, taking over vehicles or using abilities to disrupt the onslaught of incoming vehicles.

Cause enough mayhem to power up your AllStars game-changing hero vehicle fueled with special abilities.

A roster of 16 blockbuster Destruction AllStars are revved up and ready to compete in the name of entertainment and demolition. So, strap in for intense, explosive and unpredictable levels of free-flowing action and fight to be crowned the Global Destruction Federation Champion.

It’s time to run, ram and slam. See you in the arena.

● Heroes… icons… global sensations - Sixteen fearless, charismatic Destruction AllStars make up the roster of international competitors vying for the Global Destruction Federation Championship. ● These guys are pay-per-view and pay-per-wreck quality. Main eventers and headliners. Known across the world. ● Utilize each AllStar’s abilities to tailor your tactics and play style – exploit their agility, speed or strength to wreck and evade rivals with powerful skills and parkour, switch between vehicles or leap onto speeding cars in heart-stopping takeover attempts

● The finest engineers have carefully crafted 28 vehicles for the Global Destruction Federation.
● A number of basic vehicles will be scattered throughout each arena at the start of every match. ● But each AllStar also has a personal signature set of wheels that can turn the tide of any battle. ● Cause enough mayhem to power up your hero vehicle – each one is fueled with special abilities to get fans off their seats.

● The Destruction AllStar roster is packed with fearless daredevils who fought to get to the pinnacle of their sport through masterful skills, precise timing and cunning tactics. ● Each competition features specific objectives and targets you need to hit as you direct and tailor the force, impact, speed and power of your destruction.

● Compete in a storied single-player series, specifically tailored to a number of playable Destruction AllStars. Master over 50 events1 to prove yourself a Destruction legend. Unlock new skins, emotes and banners as you take on AI rivals in momentous challenges spread across the five global arenas. 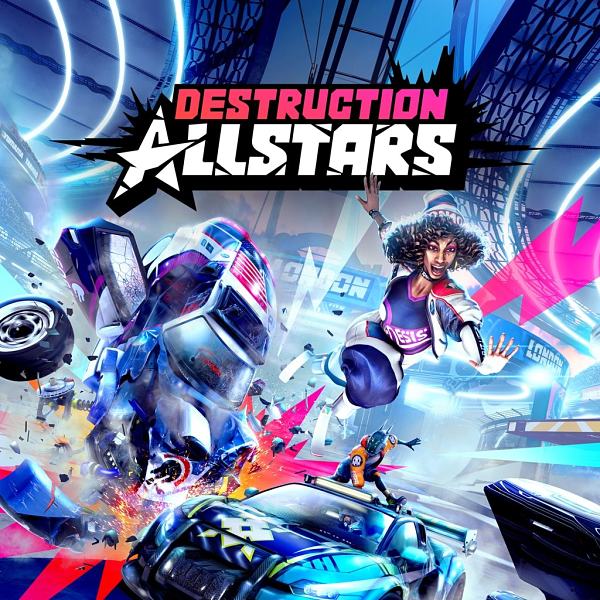