Scooby-Dooby-Doo! The ever-popular television cartoon dog had his first video game conversion in this maze game similar to Pac-Man. You control Scooby as he chases ghosts through a maze while himself being chased by the skull & crossbones. If three ghosts are caught within a time-limit, the skull will disappear and a submarine sandwich appears. When eaten, it gives you a magic bone which when dropped in the path of the skull will momentarily freeze it in place. When Scooby is caught by the skull, the difficulty will go down. There's 10 mazes in all, but with the keyboard addon for Intellivision you can also make your own mazes. 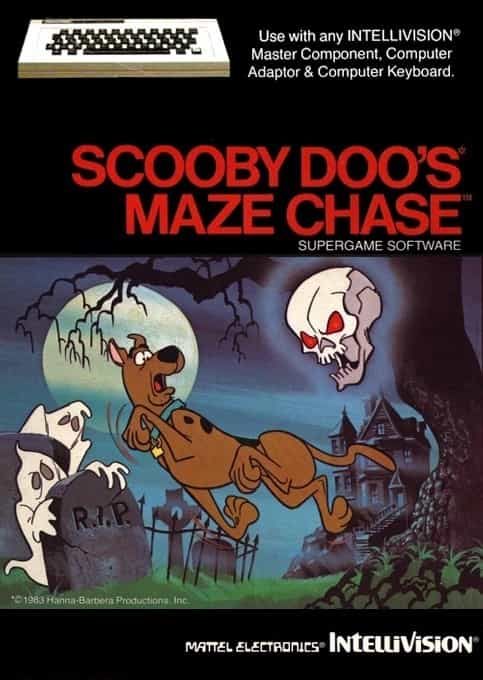