The King of Fighters R-2

Using again the Japanese super-deformed "SD" artwork style (now reworked), the KOF Series makes it's debut on the new SNK's color handheld. The title brings the same gameplay characteristics present in its arcade/console counter-part The King of Fighters '98, like the possibility of choose between two game modes (Advanced or Extra), an identical adaptation of the battle stages, the addition of "Advantage System" (directly related to the power gauges) and the chance to battle with a powered version of the "franchise boss", Rugal Bernstein. 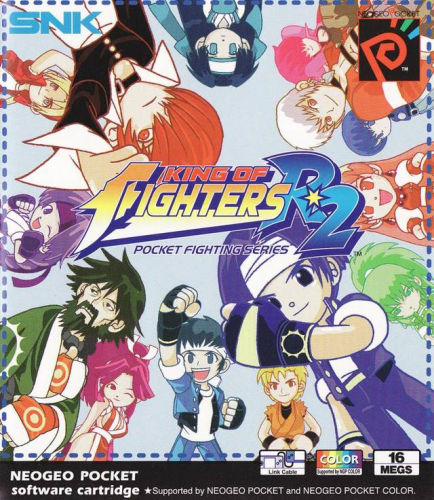