The Lords of Midnight

The Lords of Midnight brings to life this epic land, as Doomdark's forces aim to wrest control of its 4000 screens. Your initial party of the task contains four fighters - Luxor the Moonprince, Morkin (his son), Corleth the Fey and Rothron the Wise, each of whom has their own characteristics. Many more lords can be recruited as the game progresses, with names such as Lord Dreams, Lord Blood and the Utarg of Utarg. If Luxor is killed, only Morkin remains under human control.

The game can be won in two ways - by overthrowing the full might of Doomdark's forces, or by stealing the moon ring back from its location (a task only Morkin can attempt), meaning that the game can be played as a straight strategy title or an RPG of sorts.

The land of Midnight includes lakes, keeps, plains and forests (the Fey are usually located here). You can always look in each of the 8 compass directions, meaning that the game features 32000 views - a remarkable tally in systems of this size.

Doomdark's forces, the Foul, move at night, giving the game a turn-based structure. Your characters can also die at the hands of dragons, skulkrin and wolves. 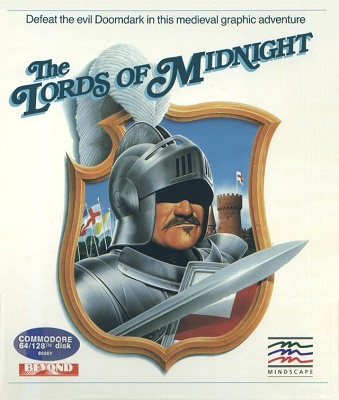