Yu-Gi-Oh! Duelists of the Roses

Retelling the infamous War of the Roses conflict of 1485 between the English houses of Lancaster and York, Duelist of the Roses is admirably based in factual history. Instead of the guns and bayonets used in the Battle of Bosworth Hill, however, this narration is played out with mystical card battles and gigantic summoned monsters. In the most basic of terms, its structure is a modified "Rock, Paper, Scissors". Combat is entirely turn-based with a consistent 7x7 grid map serving as the battleground. Each player can summon up to five monsters simultaneously, with powers and abilities determined by card type, location, posturing, offensive and defensive point values, square terrain, and an experience-based rank system that determines its power. The game features all the characters from the television series, New Card Movement Battle System and 680 3-D rendered monsters.

The game included three exclusive trading cards and was in the #138 best selling PlayStation 2 game in video game history. 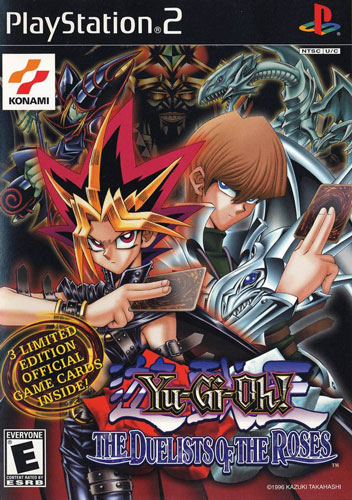