Rockman EXE 4.5 Real Operation is a semi-sequel to the previous games, Mega Man Battle Network 4 Red Sun and Blue Moon. In this game, the player does not control Lan – instead, you play as yourself. Upon the game's first play, you are prompted to enter details such as date, time, your age and occupation. You can then choose your Net Navi (initially available for selection are Mega Man, Roll, GutsMan and NumberMan).

Unlike previous Battle Network games, you do not directly control your Net Navi. Instead, you can tell your Navi which enemy they should attack, as well as their attacking distance, and they will perform according to your directions. You can also select to use Battle Chips (from three which are randomly selected from your folder) by using the Control Pad to select the chip described at the bottom of the screen, then pressing A to use it.

The game also supports a peripheral created specifically for the game, called the Battle Chip Gate. This peripheral plugs into your Game Boy Advance, and allows the player to send their Navi Battle Chips during battle, much like Lan does in the Mega Man NT Warrior anime. You can get additional Battle Chips when you purchase assorted Mega Man Battle Network toys, such as character figures. 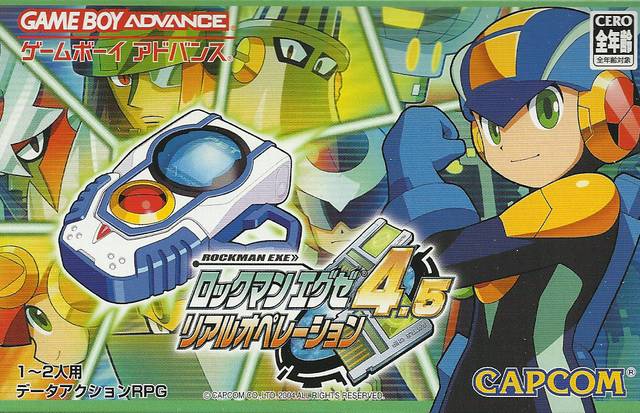