Mega Man Anniversary Collection is a compilation of video games developed by Atomic Planet Entertainment and published by Capcom. It was released exclusively in North America on June 23, 2004 for the Nintendo GameCube and Sony PlayStation 2 (PS2) and on March 15, 2005 for the Microsoft Xbox. Mega Man Anniversary Collection contains the first eight games in the original Mega Man series, which debuted on the Nintendo Entertainment System (NES) with the first six games, moved to the Super Nintendo Entertainment System (SNES) with the seventh game, and then moved again to the PlayStation and Sega Saturn with the 8th game. The plot follows the robotic protagonist Mega Man in his continuing adventures battling the evil Dr. Wily and his army of Robot Masters. 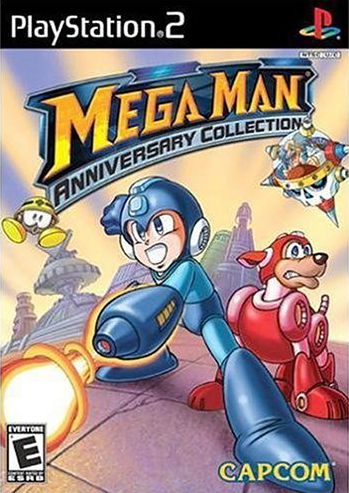