Blood Omen 2 is an action-adventure game developed by Crystal Dynamics and published by Eidos Interactive, and the fourth title in the Legacy of Kain series. It was released for the PlayStation 2, alongside Xbox, Microsoft Windows and GameCube ports developed by Nixxes Software BV, in 2002. It is the sequel to the first game in the series, Blood Omen: Legacy of Kain, with Blood Omen's protagonist, the vampire Kain, returning as the central character.

Blood Omen 2 is chronologically a midquel, bridging the stories of the original Blood Omen and Legacy of Kain: Soul Reaver, but it takes place in an alternate timeline created by the events of Soul Reaver 2. Centuries after Blood Omen, Kain is opposed by traitorous vampires and the minions of The Sarafan Lord, and sets out to continue his ascent to power. 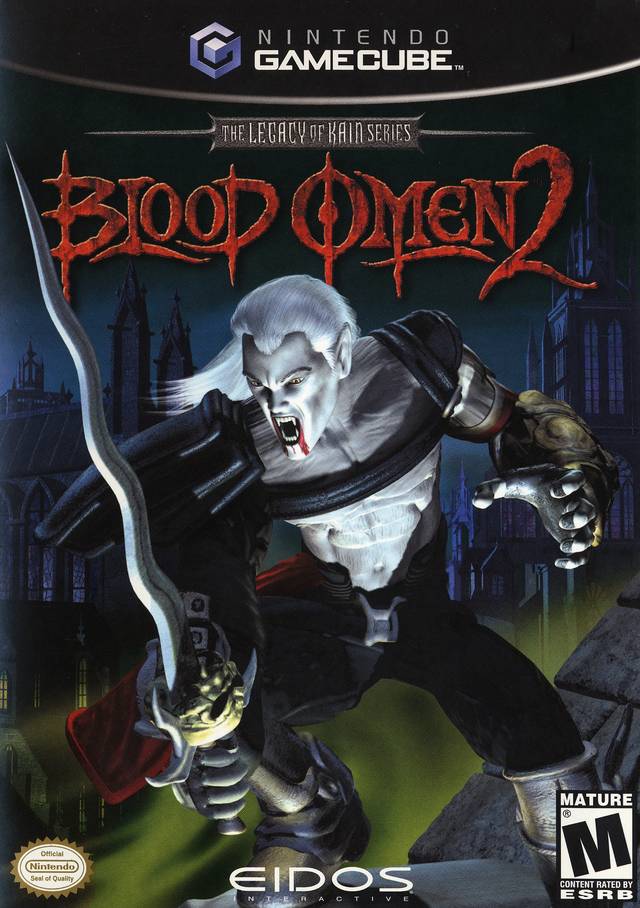