Natsuki Crisis Battle is a one-on-one fighting game for the Super Famicom that was developed by contract developers TOSE for Bandai subsidiary Angel. The game features a story mode, which has plenty of dialogue between fights, and a standard Vs. mode for one or two players.

Like most 16-bit Bandai games, Natsuki Crisis Battle is based on a manga property, named simply Natsuki Crisis, which saw an anime OVA adaptation the previous year. Natsuki Kisumi is a high school student who is focused on her karateka, the accomplished protégé of the incredibly strong team captain Yanagisawa, and tries to befriend a new transfer student and fellow martial artist Rina Takaoka who is hounded by her past. The game's story follows that of the manga, where Natsuki and Rina eventually have to team up to take on shadowy figures from Rina's past. 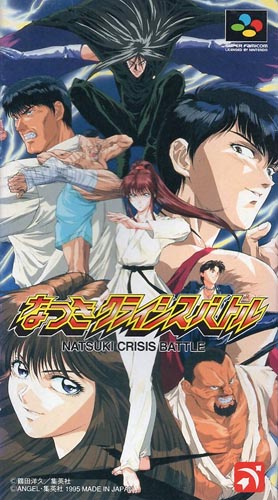