Long ago, the evil Cablon ravaged the Copto planet, a light year away of the Algol system. When he was defeated, he was sealed on a planet discovered by Alis, the heroine of the first "Phantasy Star", a planet that was also known as Alisland. In this gaiden (side-story) set in Phantasy Star universe, you play the role of two young people from the village Tedo - Alec and Minina. One day, Minina finds an old artifact. While wondering what that could be, the young people learn that Alec' father was attacked and kidnapped by bandits. Determined to find him, the two heroes embark on a dangerous journey that will eventually lead them much further than they suspect.

Phantasy Star Gaiden plays pretty much like any other Phantasy Star starting with the second game: both towns and dungeons are in top-down view, the turn-based battles are viewed from first-person perspective. The gameplay is standard console-style RPG: you should fight random enemies, gain experience and gold, buy better equipment, visit many towns and dungeons, etc. 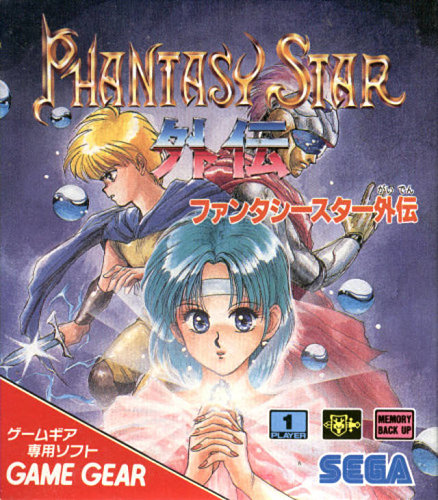