Chinatown Wars puts the player in control of Huang Lee, a member of the Triads in the modern Liberty City. After his father's assassination, Huang flies in from China to deliver a ceremonial sword to his uncle Wu "Kenny" Lee to ensure the inheritance of the Triad bosses. However, shortly after his arrival he is jumped, shot, robbed and left for dead, only to survive and vow his vengeance for his father and recover the lost sword to bring honor back to his family.

While being a mission-based game in the vein of the 3D Grand Theft Auto installments, Chinatown Wars returns to use the more traditional top-down while using a new cel-shaded 3D Engine. Many of the features from the more recent GTA games have been included, such as the safehouse, where the protagonist can read e-mails from other characters in the game and store cars and items. There is also a programmable GPS system that helps players find their way in the Liberty City more easily. A replay feature is also present that allows players to replay previous missions by accessing these through their safehouses.

While the protagonist can make money by completing missions, he can also engage in drug trading with numerous dealers scattered throughout Liberty City. There are many drugs to choose from including cocaine, heroin, acid, and weed among others; it is possible to buy them cheap and sell them to other dealers by checking their market value through the PDA. From time to time, an e-mail will be sent to the protagonist that will tip him off of dealers that are either selling drugs at a cheap price or buying them at above average market prices. However, the player must also be aware that buying in bulk will attract the attention of the police after the deal has been done, causing the main character's star level to instantly rise. If the protagonist is caught, he will lose all the drugs that he is carrying.

It is possible to carjack drug vans (which are indicated by a red arrow above them), return them to the safehouse and search them for either drugs or cash. Weapons can be obtained by hijacking Amm-u-nation trucks, but the trucks are heavily-armored and their drivers armed.

Police chases have been changed in this installment. While it still features a star level, there is also an icon that resembles cop cars. While players can still resort to Pay 'n Spray shops to change the look of the car to throw off the authorities, they can also wreck any pursuing police car, crossing out the car icon. If the cop car icons for that level are dropped, their star level will drop as well.

The DS version utilizes the system's capabilities such as using the stylus pen as a screwdriver to turn the car's ignition, or taking a plate off in the car and using the stylus to hotwire it. The pen can also be used to scratch off lottery games in stores scattered around in the game, as well as throw explosive devices such as grenades and molotov cocktails or even smash objects such as security panels or a windshield of a car when the player goes into the water while in a vehicle. The microphone can also be used by blowing into it to hail an approaching on-duty taxi. This version also supports Nintendo WFC for statistics uploading to the Rockstar Social Club and multi-play gaming. 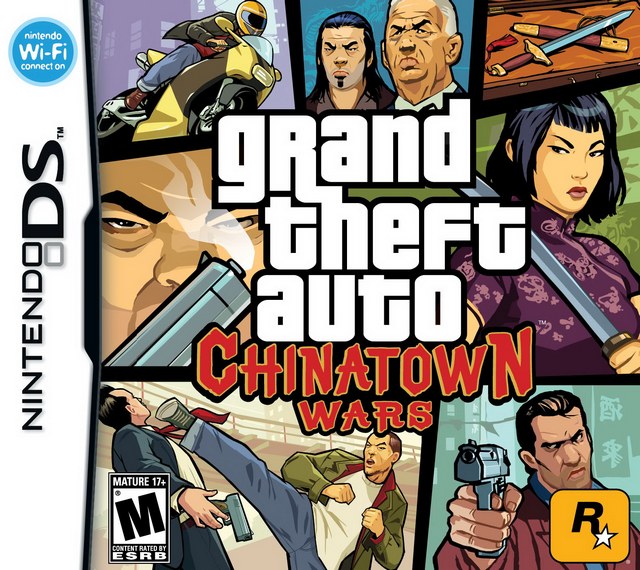