The 2008 edition of EA's ice hockey simulation includes many improvements to the Skill Stick feature that was introduced in NHL 07. Another novelty is the Goalie mode where players can manually take control of the goalie through a 3rd-person camera. Players can create and work towards custom players and a rumble feature introduces a new form of communication where the player can call for the puck by tapping the ice with the stick.

In addition to NHL teams, this edition also features international teams and the 29 AHL teams, as well as the new jerseys for the regular NHL season.

The PS3 and Xbox 360 version do not contain a fantasy draft to create a dream team to take through the Stanley Cup in the Dynasty mode, but have the Sweden's Elitserien and Finland's SM-liiga. Commentary in this version is done by Gary Thorne and Bill Clement. 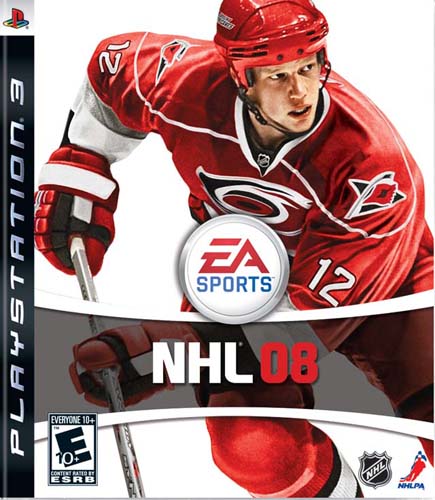