On the eve of his 21st birthday, fearless mafia hitman Jackie Estacado is suddenly possessed by the terrifying and spectacular powers of The Darkness. Though his supernatural entity lets him wreak terrible havoc on his enemies, the Darkness also has a strong will of its own and now Jackie must learn how to control it. Gameplay features include a seamless and unique blend of modern crime drama and supernatural horror with both first and third person non-linear progression, ad well as highly destructible environments that enable players to stalk the gritty New York slums, harbors, subway tunnels and rooftops, then defeat the terrifying creatures of The Otherworld-a parallel reality where the Darkness dwells. 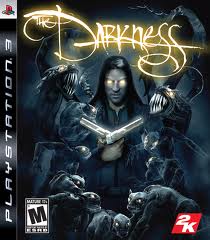