Vice City draws much of its inspiration from 1980s American culture. Set in 1986 in Vice City, a fictional city modeled after Miami, the story revolves around Mafia hitman Tommy Vercetti, who was recently released from prison. After being involved in a drug deal gone wrong, Tommy seeks out those responsible while building a criminal empire and seizing power from other criminal organizations in the city. The game uses a tweaked version of the game engine used in Grand Theft Auto III and similarly presents a huge cityscape, fully populated with buildings, vehicles, and people. Like other games in the series, Vice City has elements from driving games and third-person shooters, and features "open-world" gameplay that gives the player more control over their playing experience.

Upon its release, Vice City became the best-selling video game of 2002. As of July 2006, Vice City was, in the American market, the best-selling PlayStation 2 game of all time. Vice City also appeared on Japanese magazine Famitsu's readers' list of the favorite 100 videogames of 2006, the only fully Western title on the list. Following this success, Vice City saw releases in Europe, Australia and Japan, as well as a release for the PC. Rockstar Vienna also packaged the game with its predecessor, Grand Theft Auto III, and sold it as Grand Theft Auto: Double Pack for the Xbox. Vice City's setting is also revisited in Grand Theft Auto: Vice City Stories, which serves as a prequel to events in Vice City. 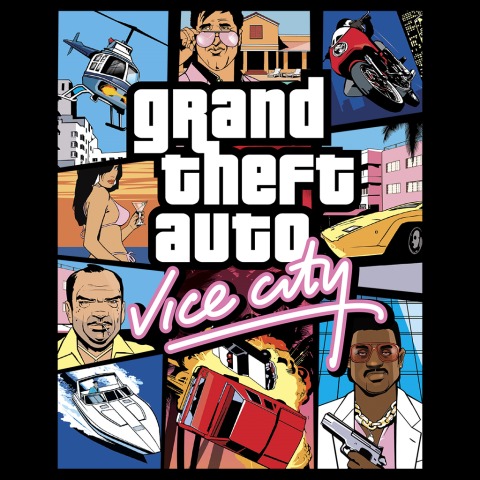