Revelations: Persona, released in Japan as Megami Ibunroku Persona, is the first game in the Shin Megami Tensei: Persona series of role-playing video games for PlayStation consoles—one of several spin-off series within the Megami Tensei franchise, developed by Atlus. The game was originally released on the PlayStation in Japan and North America; the Japanese version was later ported to Microsoft Windows. Set in contemporary Japan, Revelations: Persona stars a group of high-schoolers who, armed with weapons and imbued with magical beings known as Personas, band together to combat demons that are invading their city.

The story of Persona revolves around the game's silent protagonist, named by the player at the start of the game, and his friends at St. Hermelin High School, located in the city of Lunarvale. While playing a ritual-like children's game called "Persona", each of the students are knocked unconscious. While asleep, they encounter a man named Philemon who bestows several Personae upon them. When they wake up, the youths discover they can summon Personas.

Meanwhile, Takahisa Kandori, head of the SEBEC corporation, has invented a machine to create and allow passage to an alternate dimension. This machine is somehow linked to the mind of Mary Sonomura, a frail, bedridden girl and close friend of the main character, who visits her often. During one such visit, the party members realize that the city is slowly changing; while it looks the same, it is cut off from the outside world and is being invaded by demons. 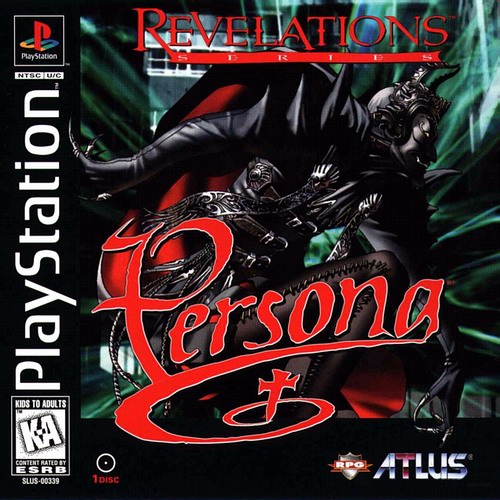