Bulletstorm is a fast-paced first-person shooter. Players take the role of Grayson 'Gray' Hunt, the captain of a space pirate crew made up of former soldiers from the elite army unit Dead Echo. Ten years before, during an assassination job, they discovered the sinister motives of their commander General Serrano. The unit's job was cleaning its tracks by eliminating opposition parties, this time a journalist with compromising documents on the general. Flash forward to today, when the company accidentally comes across the Ulysses, a space ship with their former commander on board and a drunken Gray decides to eliminate the vessel in a suicidal attack. Both ships crash onto planet Stygia; formerly a resort destination but now a deadly environment, populated by mutants of all sorts. His brother in arms and the second person to survive the "landing", Ishi, was terribly injured and needed a cyborg transformation operation in order to survive. Gray blames himself for everything that has happened and promises Ishi to get him off planet and to a decent doctor.

The gameplay is based on a skillshots system. When an enemy is killed with certain conditions, like thumping them onto spikes or decapitating them with a headshot, the player gains skillpoints. The more skillshots done simultaneously, the larger the reward is. Skillpoints are spent on dropkits for weapon upgrades, like alternative fire mode and ammo capacity increase, and ammunition. Though the arms are quite unique (drill gun, bouncing spheres grenade launcher), the most useful skillshot utilities are the leg and energy leash. Leg lets the player kick enemies into the air, slow down time, or control enemies in close range. Leash allows a bit more: pulling up enemies and weapons toward the player or thumping crowds sky high. Also, they allow interaction with some objects, such as obstacles. Like in most contemporary shooters, there is no health bar. Players just wait until the blood covered screen clears up and Gray is healed. Levels are divided up into different checkpoints.

The game modes are not limited only to single player story campaign. Echoes is a level replay mode stripped of cut-scenes where the player is encouraged to finish as fast as possible and compete with other players' scores on online leaderboards. Anarchy is a four-player cooperative mode where enemy waves need to be repelled, achieving certain scores to access the next wave up to 20. 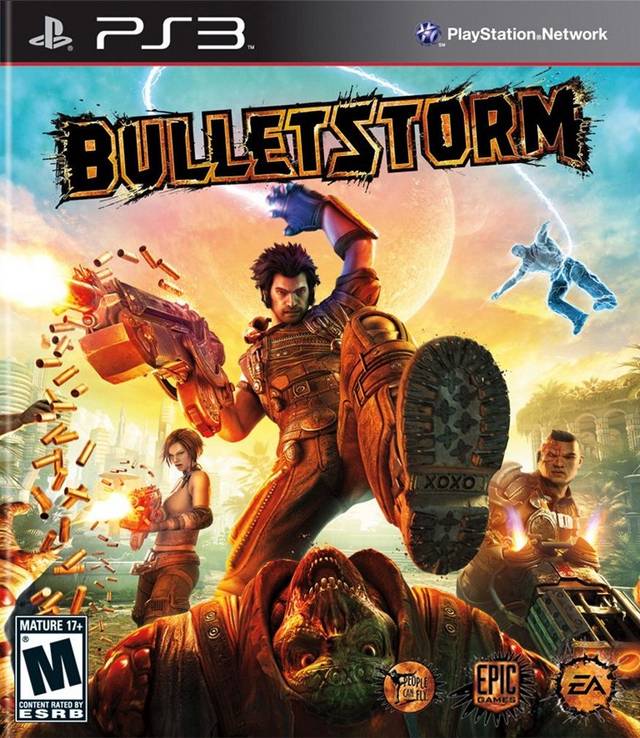