This game is mostly a visual novel, but there are a few new techniques specific for the DS. When using Lux-Pain, the player 'digs' into their surroundings using the stylus and touch screen. The player can also 'dig' into people's feelings and emotions to find worms, or deep emotions. However, if the player digs in too long and is unable to erase the worms that surround the person, the person's mind becomes corrupt and it becomes game over for the player. The game also ends if you lose a battle against one of the Silent. However, in some cases, if you lose against a Silent (mainly in boss battles) you are able to retry.

Lux-Pain is set in the historical Kisaragi City, a town plagued by mysteries from small mishaps to murders - with no logical explanation as to why these events occur. It seems "Silent", a worm born through hate and sadness, has infected humans and forced them to commit atrocious crimes. Atsuki's parents are the victim of such crimes. To avenge his parents, Atsuki goes through a dangerous operation to acquire Lux-Pain in his left arm, a power so strong that it turns his right eye golden when using it to seek and destroy Silent for good. In this game, however, there is a strong difference between Silent and worms. Worms are a sort of offspring created by Silent that are transferred to anyone who comes in contact with the host of the specific Silent. Worms are much weaker than Silent and are eliminated after simply finding them with the stylus and pressing on them for several seconds. Silent are considered the bosses of the game and though you face many smaller Silent they slowly show the larger Silent who is much stronger. After the first 10 "episodes" you face the first true Silent. This Silent is caused by the parents of a young terminally ill girl whom they left for dead in her room combined with her the girl's own emotions. Though not mentioned specifically there are over 685 known Silent and you start with the 683rd. 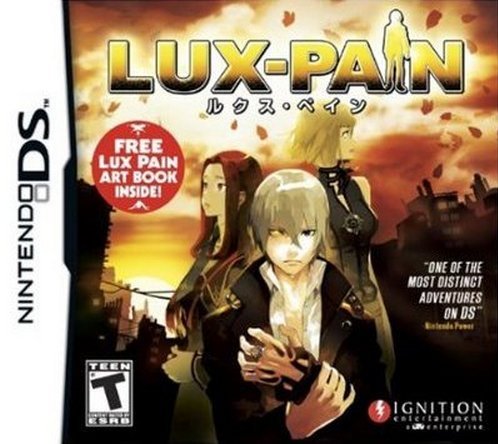