The year is 2525. An attacking force of alien space stations approach Earth. Scanners indicate that a direct assault would be useless. You must infiltrate and destroy the invaders with the most powerful battle tanks ever created: Vindicators. For one or two gamers, Vindicators blows you away with incredible action and graphics as you blast your way through each station. Your mission: locate and destroy its control room. Power up your tank with special features such as enhanced speed, shot range, shot power, force field or even "Smart Shots." Keep replenishing your tank's fuel supply. Once you're out of gas, you're out! Destroy all the enemy stations and you'll face the evil Emperor of the alien empire in a final showdown. Win and the world cheers with you. Lose and kiss it goodbye. 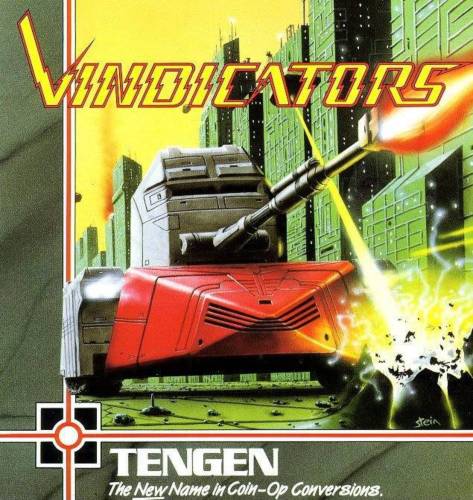