You play as the young magician Arle Nadja. One day Arle goes out for a walk and meets a mysterious woman. The woman tells her that she will avenge the death of Satan, whom Arle has defeated in the end of her first adventure. The woman then summons the awful monster Minotaur. Arle has no choice but to run away, and she falls down through a trap into a dungeon. It appears she is now alone there, because the first creature she meets in this dungeon is a frosh king. He asks Arle to use her magical powers to defeat the monsters in the dungeon and to find a way to escape from Minotaur and the mysterious woman.

The gameplay of Madō Monogatari III is similar to the two previous games. The entire game is viewed from first person perspective. You navigate Arle through maze-like 3D dungeons, encountering randomly appearing monsters and fighting them in turn-based combat. In battles you can't attack physically, only use various kinds of magic or items. 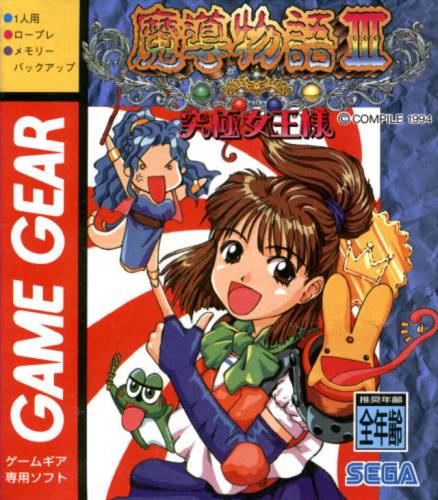