Hi, I'm Makoto Mizuhara, a normal High School Student from Shinonome High School. I've been working on a special science project for the upcoming annual school festival! It's a device that supposedly can transfer living matter through a dimensional gate... sorry, not that you'd probably understand what that means! I built it based on a theory I read, and I hoped it could move other people through time and space!

The night before the festival, I completed the machine and took it for a test run. Very excited, I hoped for any kind of sign that the machine was going to perform the experiment correctly (I've tried this three times already). What I got was something I did not expect at all... I saw... a woman?

Shinpi no Sekai: El-Hazard is based off of an anime with the same title. The protagonist of the story is a young high-school student boy, Makoto Mizuhara, who finds himself, due to various circumstances, tossed into the fantasy world of El-Hazard. While the main character and the setting is based on the anime, this is a completely new story with certain changes and new characters. The game plays like an enhanced visual novel which is fully voice-acted and displays protagonist and other characters on the screen during dialogues. Unlike typical visual novels where the player is limited to dialogue and choices, players can explore various locations on the map and try to perform actions outside the dialogue window, such as initiating a talk to other characters, or look around the area or go someplace else. 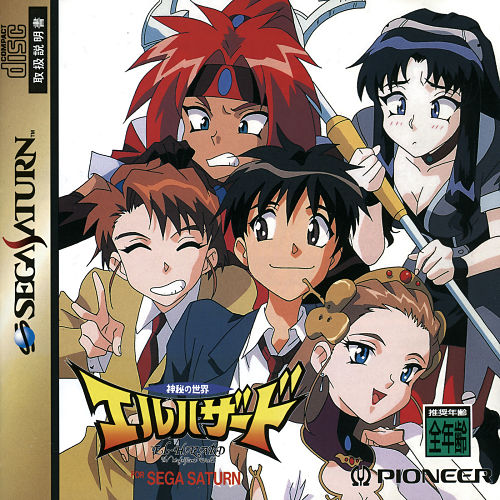