Players step into the shoes of series’ protagonist Kraft Lawrence on his adventures with Holo. While travelling north to find information about Holo’s hometown, the two are confronted by a massive channel of water which they cannot cross without passing through strict identity checks, impossible for the wolf-eared Holo to complete. Searching for alternative passage, they meet game-original character Luka (ルカ, Ruka), daughter of a ferryman who is currently missing.

Like the first game, gameplay consists of travelling through various locations, trading goods, and acquiring information to uncover the conspiracy behind the Church preventing access to the north. There are various new and improved mechanics, such as the inclusion of contracts with strict deadlines for deliveries and a grid-based inventory system.

Also new is the inclusion of a third character to travel with, allowing players the opportunity to decide between deepening their relationship with Holo or another heroine of their choice. Possible companions include Nora, a shepherd; Eve, a merchant whose skills are said to outclass Lawrence’s; or new character Luka. 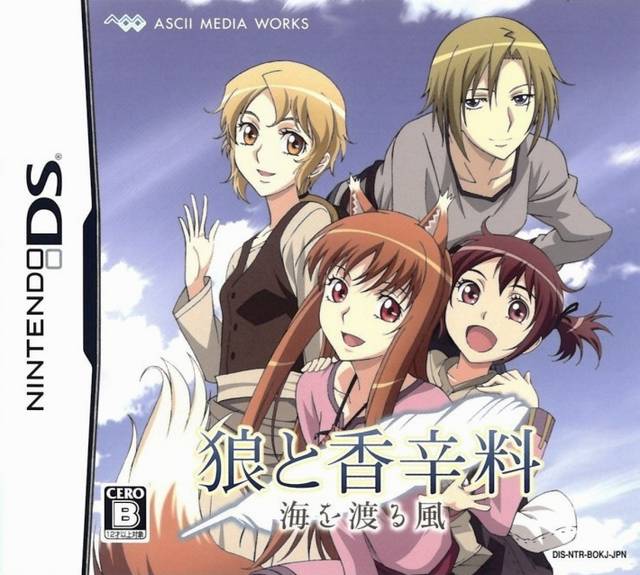