The race is on! Survive the ultimate contest of futuristic warfare - a brutal combination of high-speed racing and deadly combat. Blast opponents with laser artillery as you spin around turns in your high-performance armored vehicle. Command Cars, Cycles, Stingers and Rat Jeeps combine forces to prevent you from reaching the next rally point. For extra firepower, arm yourself with an array of special weapons - from U.Z. Cannons and Nitro Injectors to Electro Shields and Cruise Missiles. Take on the RoadBlasters challenge in 50 levels of non-stop action... only one warrior will prevail in the end! 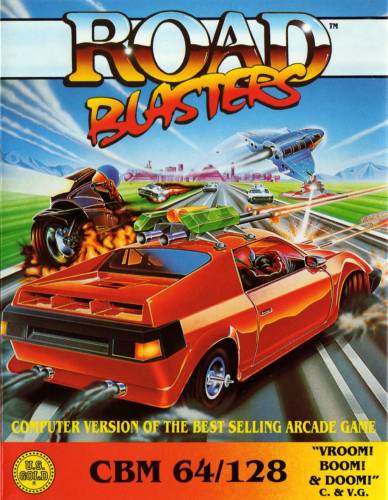