Free Realms was a family-friendly adventure MMO from Sony Online Entertainment in which the focus was on social gameplay. There were many methods for advancement, ranging from traditional combat, to minigames, raising pets, collaboration, questing, and social networking - the latter being an important aspect of the overall game, as players of all classes and levels could interact and join forces. The game was free to download and play, although an optional $4.99 monthly subscription were available that unlocks several classes, additional character slots, and other benefits as well. Players could also buy items through the Sony Station cash shop. 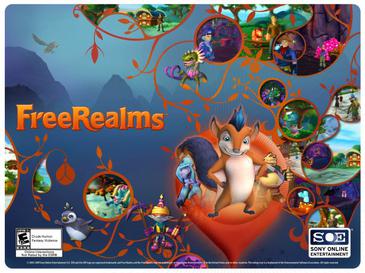