D.P.S is a collection of three short scenarios, which are unrelated to each other story-wise and can be played separately. Those scenarios are presented as cartridges played on a fictional console named Dream Program System. Each scenario allows the player to choose between two different protagonists, or two different personalities for the protagonist. All of the scenarios feature nudity and/or sexual situations.

The scenarios in this game include:

The gameplay is essentially that of a visual novel. At almost every screen, the player is given a number of choices, which correspond to answers or actions, according to the situation. Some choices are required to trigger the next event and advance in the game, others are "neutral", having no effect on the progress, while a few are considered "bad" by the game, leading to Game Over. Scenes, dialogue choices, and story events may vary slightly or significantly, depending on the choice of character in the beginning of a scenario. 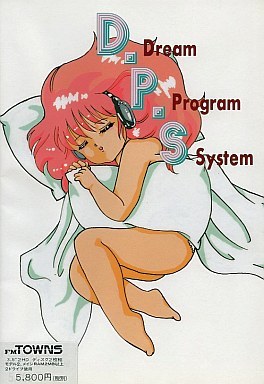