A unique combination of vertically-scrolling shooters and competitive puzzle games, Twinkle Star Sprites tells the story of the apprentice witch Ran, who searches for the fabled Twinkle Star that is said to grant any wish to the one that finds it. Unfortunately she is not the only one seeking the star, and thus must fight her way and defeat all the other characters that seek the star in shooter duels.

The game plays mostly as a vertically-scrolling shooter, with you controlling your avatar and attempting to shoot and avoid the incoming enemies. The difference in this game is that each player has his own play area, a la Puyo Puyo, and the enemies cause splash damage around themselves when shot. Thus chaining the destruction of several enemies creates a combo that performs an attack move on your opponent. These moves can range from targeted fireballs, to special moves unique to each character, to the summoning of special "boss" characters that the other player must destroy before continuing.

Each player has a lifebar, and as with most shooters there are bombs, and collectible power-ups to be found. The game features an arcade mode in which you can freely select what character you want to control, as well as a 2-player Vs mode and a story mode chronicling Ran's journey. 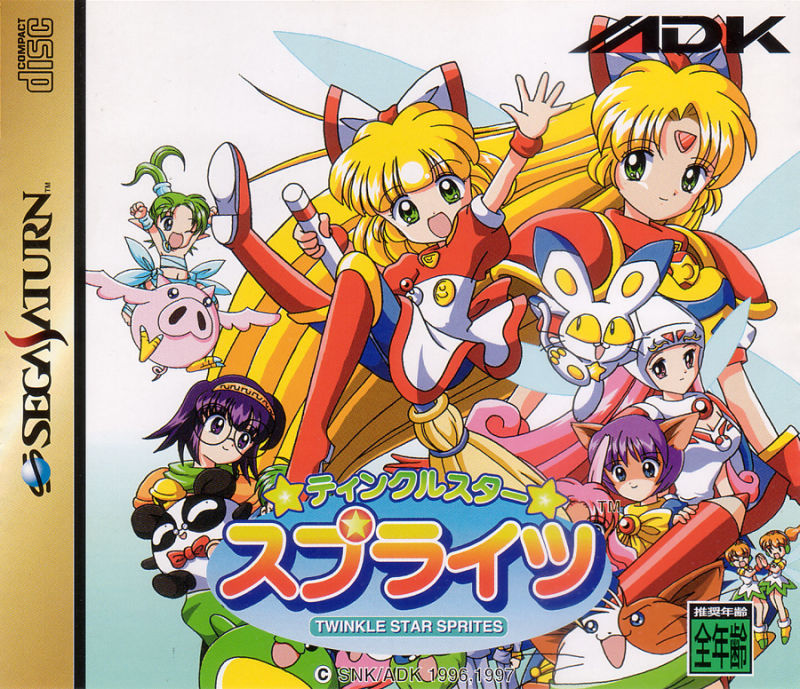