Combat takes place on an isometric map of varying size and shape. Each battle starts with a set number and arrangement of enemies, a Base Panel, and a number of random Dark Portals scattered around the map.

La Pucelle takes place in a kingdom named Paprica. The story centers on a small church called the Church of the Holy Maiden, in the city of Pot a Feu. In addition to the normal roles and duties of a Church, they also have a group of trained Demon Hunters called La Pucelle. Two of La Pucelle's newest members are Prier, a sixteen-year-old girl, and her twelve-year-old brother Culotte. It is said that the Dark Prince, favored servant of the fallen angel Calamity, will rise to scourge the land. But legend tells that when the Prince arises, a warrior known as the Maiden of Light will challenge him and restore the balance of Light and Dark. Prier hopes to be the Maiden of Light. The game's story is broken up into chapters. Each chapter has a number of endings, depending on the information La Pucelle discovers before reaching the chapter's end. 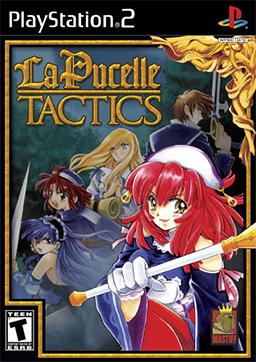