Samantha Swift and the Hidden Roses of Athena

Samantha Swift is an archaeologist that travels around the globe uncovering lost artifacts. In one of her adventures, she finds the Shield of Athena, a magical object decorated with six roses. Samantha must retrieve the six flowers while avoiding two aggressive tomb raiders, Ravena Stryke and Markus Payne.

Samantha Swift and the Hidden Roses of Athena is a hidden object game with adventure elements. The player has to collect objects from a list displayed at the bottom of the screen. Some of these objects are stored in a separate tools tab at the bottom, that acts like an inventory, where its objects can be picked up and used on certain parts of the scenery to solve puzzles. The name of an object is highlighted in blue when it only appears after a puzzle is solved .

Lightning bolts are hidden on the screen, and give extra hints when collected. When list items are clicked, the scanner at the bottom-left shows their silhouettes. 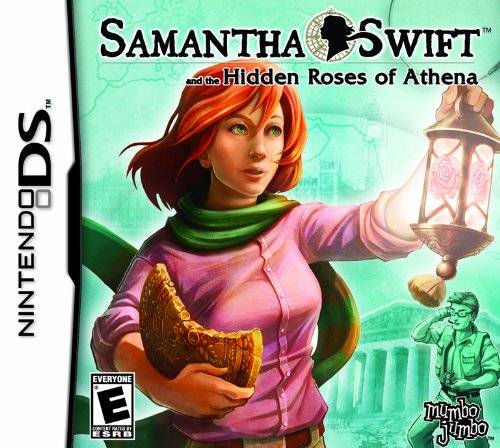