KINGDOM HEARTS -- A role-playing game like no other, this is the breakthrough RPG game that first joined the worlds of Disney and Square Enix. Embarking on a quest to find lost allies, you'll battle vicious boss characters and wily enemies in real-time combat.

KINGDOM HEARTS RE:CHAIN OF MEMORIES -- Sora, Donald and Goofy travel down a long road that meanders through endless fields, and come to a crossroads. As Sora stands in the crossroads, he gazes up at the night sky and thinks of his lost friends. Just then, a mysterious man approaches from down one of the branching paths. "Ahead lies something you need," he says, "but to claim it, you must lose something dear." The man vanishes before a single path, leading to a castle that eerily resembles a girl's drawing ... In the coming journey, what will Sora and his companions gain, and what will they lose?

KINGDOM HEARTS II -- Mickey Mouse joins Donald, Goofy, and Sora as they continue their adventure into several popular Disney-inspired worlds. Battling against the Heartless once more, the dedicated group of friends now find themselves up against an all-new enemy threat -- a mummy-wrapped ruler of unknown origin. Also fresh to the series is a brand new meter known as the "Transformation Drive" that allows players to merge with other team members to create more powerful versions of themselves.

KINGDOM HEARTS 358/2 DAYS -- Uncover the events that took place during the year Sora was asleep regaining his lost memories. Kingdom Hearts 358/2 Days revolves around Roxas, the "other" hero from Kingdom Hearts II, and his days as a member of Organization XIII. Follow Roxas and the rest of Organization XIII across the various Disney Worlds, and discover the connection between him, Sora and the mysterious 14th member, and the reasons behind his eventual departure from the organization.

KINGDOM HEARTS BIRTH BY SLEEP -- Long before Sora took up the Keyblade, there were other Keyblade masters. One of these masters, Xehanort, disappeared one day along with his apprentice. This event proved to be a foreshadowing of great disaster to come. Aware of the threat, another master ordered his three apprentices to seek out Xehanort and his cohort. Set out for an adventure with this trio of heroes in this Kingdom Hearts prequel story. 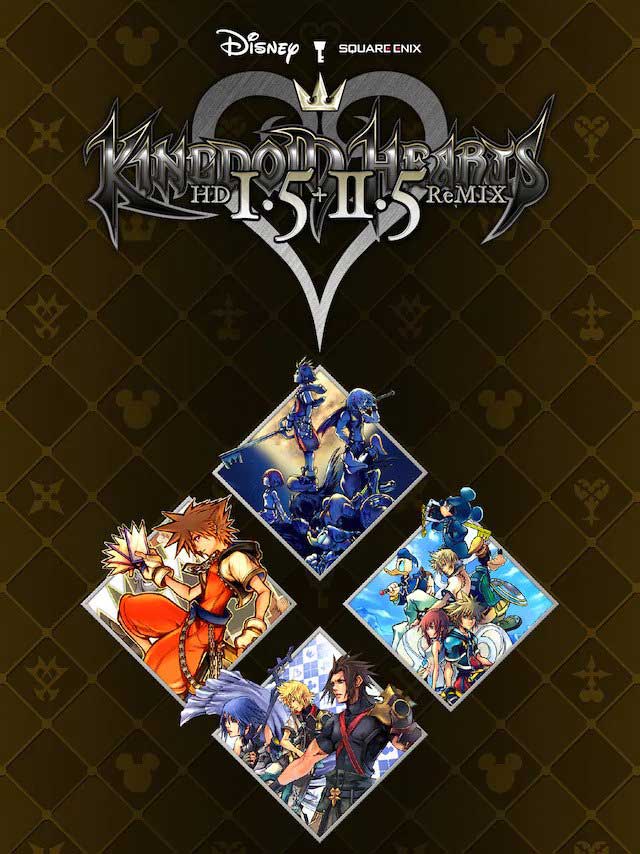