Produced in part by Marvel's dedicated game production division, this game is based on the Marvel comic and 2006 motion picture starring Nick Cage. The tormented superhero/anti-hero Johnny Blaze, once a heroic daredevil cycle rider before making a deal with the devil for his soul in exchange for the life of his father, rides in this action-packed videogame adventure. Ghost Rider features both on-foot brawling action, full of combos and hellish hits, as well as Hell Cycle high-speed racing. Famed comic writers Garth Ennis and Jimmy Palmiotti have lent their talents to the videogame's storyline. 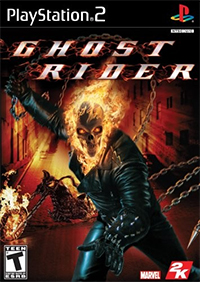